Yosef C. Klein is an attorney licensed and admitted to practice in all state and federal courts of Michigan and Illinois.
Yosef was born and raised in Metro Detroit. He completed his studies at University of Michigan before moving to Boston to work as an accountant on multi-million dollar hedge funds. But, it wasn’t long before Yosef headed to law school in Chicago to fulfill his childhood dream of becoming a litigation attorney.

In law school, Yosef took every litigation class that would fit into his schedule. He spent a year in the school’s tax clinic, representing underprivileged people in disputes with the IRS. He fondly recalls the first time he stepped into the IRS Office of Chief Counsel in downtown Chicago to negotiate on behalf of some of his first clients — while still just a second year law student. After law school, Yosef interned with Judge Brigid McGrath in the Circuit Court of Cook County, one of the busiest courthouses in the United States.

Yosef began his career as an attorney with a Chicago-based national litigation firm. He has consistently focused his practice on insurance coverage disputes and high value litigation. In 2015, Yosef and his family returned to their Michigan roots, where he continues to focus on litigation and insurance law.

When he is not working, Yosef enjoys spending time with his wife and four sons, and he volunteers and serves in leadership roles with several community organizations. 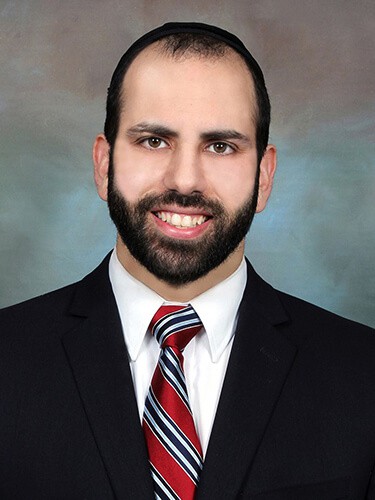 RCR is pleased to announce that Yosef Klein has been recognized as a Super Lawyer – Rising Star, a designation awarded to only 2.5% of Michigan lawyers.

Yosef Klein sought and achieved summary disposition of a PIP case. The Judge granted policy rescission of the auto policy for material misrepresentation.

Yosef Klein achieved summary disposition via policy rescission. A backdated policy that had been issued after an unintentional lapse in coverage was rescinded.

A coverage denial based on an exclusion was overruled by the trial court. Yosef and Ken won outright at the Appellate level. $400,000 in bills were dismissed.

RCR is excited to welcome associate attorney Max McHugh. He graduated from Wayne State Law School and is a welcome addition to our growing practice. Max has experience both in court and with comprehensive pre-litigation strategy.

Rich, Campbell & Roeder is pleased to announce the hiring of attorney Nathan Thomas. He is an experienced trial attorney that will be a valuable asset to RCR’s litigation department. We are excited to have Nate join the team.

Scroll back to top