Tom Roeder is a partner with the Firm. He graduated from Albion College in 2004 and from the University of Detroit Mercy School of Law in 2008. Tom was admitted to the State Bar of Michigan in November 2008 and joined the firm in January, 2010.

Tom specializes in automobile No-Fault insurance (PIP and negligence), banking, municipal law, workers compensation, insurance coverage, general negligence, commercial litigation and collections. He has earned the respect of his peers in the legal community and has received the highest ranking from the Martindale Hubbell Legal Directory (“AV Preeminent”).

During his free time, Tom likes to golf, travel, read and play basketball. Originally from Mt. Clemens, Tom resides in Grosse Pointe Farms with his wife Lizzy and their two kids. 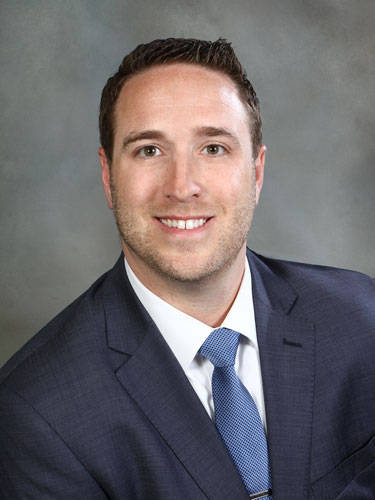 Tom Roeder was recently appointed to the Board of Directors for the Association of Defense Trial Counsel (ADTC). Tom is honored to join the board and hopes to help the ADTC continue its tradition as a respected and trusted institution.

Ken Rich and Tom Roeder secured a no cause verdict in a jury trial in connection with a negligence lawsuit brought by two Plaintiffs. The jury agreed that the Defendant caused the accident, but found that the Plaintiffs did not sustain serious impairments.

A negligence case was dismissed via Summary Disposition as the Judge agreed that the Plaintiff did not sustain a serious impairment. Tom Roeder secured the dismissal with prejudice.

Motion for Security of Costs Granted

Tom Roeder’s motion for security of costs (MCR 2.109) was granted. The Judge agreed that Plaintiff’s claim was so tenuous that the Plaintiff was forced to put up $5,000.00 of her own money to proceed with the case. The Plaintiff failed to post the bond and the case was dismissed with Prejudice.

Doug Campbell recently won a worker’s compensation trial in which Plaintiff’s claims for injuries to the shoulder, back, knees, and psychological disability were denied. The Magistrate further found that Plaintiff had a retained wage earning capacity and did not meet the threshold for “good faith effort” to look for employment. The Plaintiff’s weekly benefit rate for an alleged ankle injury was significantly reduced. Mr. Campbell relied upon zealous cross examination of Plaintiff’s medical and vocational experts and strong surveillance video and testimony in achieving the victory.

Attorney Jason Rudy successfully obtain a No Cause Verdict at arbitration. Mr. Rudy vigorously defended the negligence claim and was able to prove that his client’s actions were not a proximate cause of Plaintiff’s injuries resulting in a No Cause Verdict.